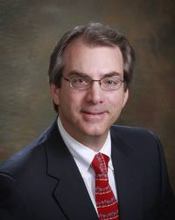 With over thirty-six years’ experience, Steve has dedicated his life to helping others. With an emphasis on consumer law, he fights every day for those individuals who have been betrayed by car dealers, insurance companies, and businesses that focus on the bottom line to the detriment of the people they’re supposed to help.

An avid swimmer and a lifelong resident of Charleston, Steve is married and the proud father of two sons and a daughter.

Active in the Exchange Club of Charleston which hosts the Coastal Carolina Fair each year, Steve joins with other members to help raise money for local charities and scholarships as a way to improve the community and give to students in need. The Exchange Club contributes between $500,000 and $700,000 back into the community each year. The fair begins the last Thursday in October and ends the first Sunday in November.

Steve believes education is the key to a better life.  He is a member of the American Hellenic Educational Progressive Association (A.H.E.P.A.) and the chairman of its scholarship committee which has given away over $290,000 to deserving students since 1994.  The AHEPA is a national organization of Americans of Greek descent and those who believe in the Hellenic ideals.